A Brief History of the University Library

It has been observed that the character and efficiency of a University may be gauged by its treatment of its central organ, the Library.

The Library is one of the central organs around which academic life revolves.  Right from its inception as the Royal Technical College of East Africa, in 1956, a high premium was put on the Library as central to the role of the institution as then constituted, and its evolution into the future.

Indeed when the college opened its doors to the first batch of 215 students on April 23rd, 1956, the listed staff comprised the Principal, seven Heads of Departments, and the Librarian.

The Library was located on the Second Floor within the tuition block, the Gandhi Wing.  It started with an initial stock of 8,000 books and a seating capacity of 200 readers. It was clear from the start that the growth and development of the Library was to be a major challenge because of inadequate space.  The issue was given serious attention in the College Development Plan (1960) which proposed a separate Library building that was to be afforded priority and generous funding.

Relief came three years later when the Library relocated to the new Gandhi Memorial Library building, leaving its old space to “the long-overdue requirements of a good Senior Common Room, quiet room and extended refectory facilities”.  The building was opened on June 28, 1963, by the Chancellor of the University of East Africa, President Julius Nyerere of Tanzania.

Given the new environment, the Library was able to embark on the development and expansion of facilities and services in concomitance with the institution’s evolution and changing status and new roles.  The Technical College was renamed to Royal College (1961), then University College, Nairobi (June 1963), and finally University of Nairobi (December 1970),

The 1960s saw the establishment of basic facilities and services.  It was also a period for developing various professional and technical systems and processes in the realm of the Library’s cardinal role; to acquire process and disseminate information in diverse formats.

The 1970s saw the emergence of branch libraries as other campuses were established.  Decentralization has continued right into the 21st century, when the Library System now has 14 branch libraries spread beyond metropolitan Nairobi, to other towns in the country including Mombasa and Kisumu.

The period also witnessed major developments in human resource requirements.  There was extensive recruitment and training of staff at para-professional and professional levels.  The latter cadre moved in to replace expatriates, who from the outset dominated all the senior positions.

At the para-professional level, the University having policy and commitment towards training, became the unacknowledged training ground for various sectors in the country.  At both levels, the trend has continued as new institutions of higher learning are established in the country.  Nevertheless, the University of Nairobi Library retains the highest concentration of trained and experienced manpower.

The 1980s saw tremendous growth in Library stock including books and journals, in response to expansion in the teaching programs. Vigorous publications exchange programs and donations supplemented the Library’s own budget.  The expansion in programs also meant an expansion in student intake, in response to national manpower needs. The Library again found increasingly constrained in meeting the user requirements in terms of facilities and services.

These requirements led to the building of the Jomo Kenyatta Memorial Library at the Main Campus.  The Main Library was moved from the Gandhi Library building in August 1987.  The new Library had a seating capacity of 1500 (International Standards), and space for other Library operations. This gave room for the expansion and establishment of new facilities and services.  These include Bindery, Reprography, Photography, Computer Applications, and User Services.  There was also an expansion in specialized collections including East Africana/Special Collection, Archive Unit, and Rare Collection, United Nations Collection, and later, the nascent Jomo Kenyatta Collection and the National Gender Documentation center.

The 1990s were years of slow growth.  As the institution, indeed the country faced economic constraints in the wake of the Structural Adjustment Programs, the Library was faced with the challenge of maintaining standards of service provision in the midst of “expanding services with shrinking budgets”.  Nevertheless, for the acquisition of publications, life-lines came through World Bank Programs, The British ODA Programs, and Lanfury Library donations services.  Local donors included The Mohamed Rattansi Trust and Michael Blundell Trust.

The Library in the 21st Century

The earlier years of Library development focused on establishing basic facilities and services and building stock of diverse materials.  The onset of the 21st century called for new approaches to information provision.  In keeping with global trends and best practices, a higher premium was placed now placing diversity with qualitative consistency. The Library thus took innovative initiatives in the use of Information and Communication Technologies in all its applications.

The traditional print formats have been augmented by electronic journals and electronic books.  The Library website has been revamped to enhance access to these resources.

The Library has established the Digital Repository which captures and provides global access to materials generated by the University Community.  This visibility has enhanced the University’s high ranking in the region and globally.

To enhance the use of electronic resources, the Library has maintained external links with several institutions including the International Network for Availability of Scientific Publications (INASP) and the Kenya Library and Information Services Consortium (KLISC).

When the Main Library moved to the Jomo Kenyatta Memorial Library building in 1987, some space in the Gandhi Memorial Library was retained for Library service.  Space accommodated the Graduate Libraries for the Institute for Development Studies (IDS), the Population Studies and Research Institute (PSRI), and the School of Journalism and Mass Communication.

The idea of establishing a full-fledged Graduate Research Library was mooted to cater specifically to the needs of graduate students and academic staff.  It was incorporated in the Library strategic plan 2005-2010.  Practical steps were taken when the Library was organized on the Ground Floor of the Jomo Kenyatta Memorial Library.  The embryonic stock comprised texts on research methods and general reference.  The big day came in 2019 when the stock was transferred to the Gandhi Library, now re-organized as an ultra-modern Mahatma Gandhi Graduate Library. The services offered include but not limited to, research commons, state of the art ICT center, video-conference rooms, self-study rooms, self-check system, coffee bar, relaxing lounge services,

The University of Nairobi Library stands out in the country as one with the largest pool of highly trained and experienced professional staff.  Beyond the University, several senior staff have served on national and international organizations and institutions, thus enhancing the image and leadership role of the University.

As we celebrate decades of steady growth and achievements we record those who have been at the helm, as University Librarians and Directors, on this long journey. 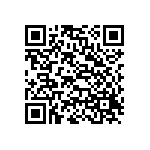